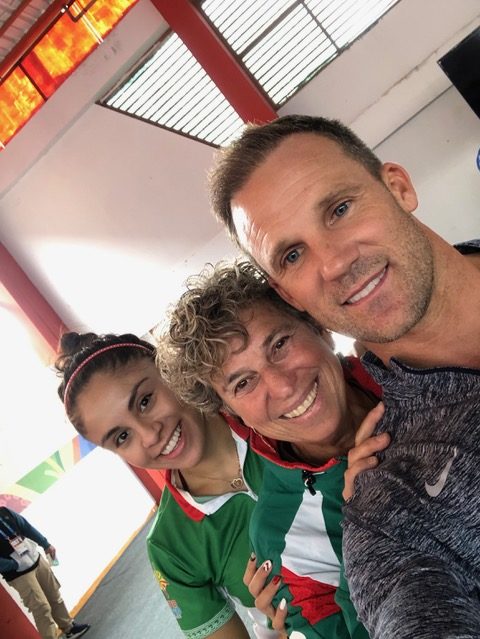 Your objective when you are playing is to make your opponent uncomfortable, end of story.

The more uncomfortable you make them feel, the more mistakes they will make.

The more mistakes they will make; the more opportunities you will get.

The more opportunities you will get, the more you can take advantage of those situations by going offensive to end the rally and/or score a point, or force your opponent to go defense.

How do you make your opponent uncomfortable?

Here are a few examples:

-A Lob to their backhand that they want to turn around and use their forehand, but cannot, but try anyway.

-A High Lob Z to their forehand and they don’t know how to attack them and they wait deep and get trapped.

-A Lob Nick and they don’t know how to return it so they try to cut it off before it hits the side wall and they often hit the side wall with their racquets and mishit the ball.

-A Jam right at them or a wrap that they have to move to, turn, spin and track down the ball when they have knee problems, but really can’t so they don’t turn properly and get frustrated and force the shot.

-Hit your opponent ceiling balls as they are usually impatient and hate to have a ceiling ball rally, so they try to shoot right away and force a weak shot or skip.

-Hit your opponent pinches as they are slow moving forward and will try to shoot them rather than go up because they don’t like them.

-Hit your opponent a wide angle pass that they have to move to, turn, spin and track down the ball, like the wrap serve, but they are too far forward and can’t turn properly and get frustrated and force the shot.

Use the techniques in my book “Championship Racquetball”, Chapter 7 Game Plans/Strategies.

Making Your Opponent Uncomfortable is yet another required skill on the road to championship racquetball. ALL of the players I coach, from the professionals led by Rocky and Paola to the amateurs, know just how important it is to “Make Your Opponent Uncomfortable”.  It’s not easy to do, but a MUST. Their records speak for themselves…Rocky and Paola are BOTH 2 of the most decorated athletes in racquetball.  Paola finished the 2018/2019 ranked #1 on the LPRT (an undefeated season again) for the 9th consecutive season and was crowned BOTH the 2016 World Champion and the 2018 Central American Champion. Rocky finished the 2018/2019 ranked #2 on the IRT.

In the next article, I will continue to build your Championship Racquetball Game one level at a time so you too can be ready to become the champion you always dreamed of becoming, by giving you the tools to make it a reality. Rocky and all my athletes know “Championship Racquetball Games” stem from their focus on ALL 3 sides of the triangle working together so they can develop into top competitors. Without a shadow of a doubt, they KNOW just how important it is to do the work. They are living proof it works and their titles substantiate it.

Check out her coaching tips on her website, www.FranDavisRacquetball.com