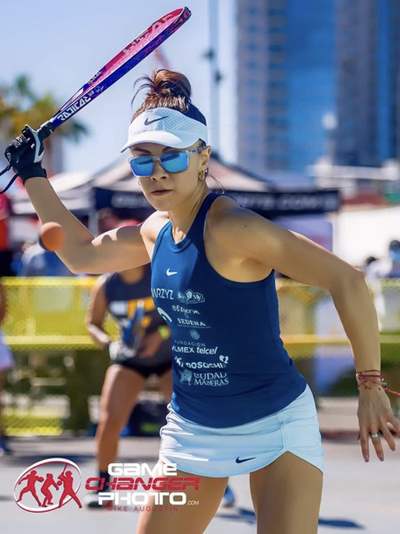 Well, my Championship Team was “Ready for Vegas” and then “Delivered in Vegas”.

More than 300 of the world’s best racquetball players took to the air on the Las Vegas Strip for the 2020 3Wallball World Championships.

My Players fared well from the Professionals I coach to the Amateurs I coach and who attended the Rocky Carson Outdoor Racquetball Clinic in September 2020 in Seattle, WA: https://www.frandavisracquetball.com/2020/10/getting-ready-for-vegas/

Paola Longoria – the No. 1 ranked female racquetball player in the world – won two GOLD medals at the event. She won the top spot in both the Women’s Professional Singles and Doubles divisions. The win in singles became Longoria’s second career 3 Wallball title (2020 & 2015). In doubles, the title was Paola’s first in her 3 Wallball career.

Ethan Janson won the Classic Professional Racquetball Tour (CPRT) Singles division and the Men’s Centurion A/B Doubles division with Partner Jeff Elden and walking away with 2 GOLD medals is a dream come true as this was his first time ever to play in this event…see the write up in his local newspaper: https://www.westsideseattle.com/2020/10/25/burien-resident-ethan-janson-world-champion-outdoor-racquetball

Jessica Chen played in the Women’s Professional Singles and took Jessica Parrilla (Top 8 LPRT Pro Player) to a tie-breaker, but fell short 11-8. This was her first time ever to play in this event…pretty impressive performance.

Leslee Pla won the Women’s B Singles Championships as well as the Women’s A Doubles with her partner Jae Graham.

Other honorable mentions going to this event from Washington was Darrin McNally, David Boyovich (1st timer and went tie-breakers in all 3 divisions played), Don Weidman,

For details on more personalized instruction/video lesson/coaching, a weekend camp, instructional DVD’s and our book, Championship Racquetball,  ALL which covers all aspects of the Sports Racquetball Triangle and more, please visit www.FranDavisRacquetball.com

Paola Longoria Shares the Secret to Staying at the Top

Mental Quote To Change Your Mindset – Self Discipline

Mental Quote To Change Your Mindset – We Lost

Coach Fran Davis Takes to the Road and heads to So. CA for training with Rocky Carson as well as goes to the Indian Wells BNP Masters 1,000 Tennis Event

Back to Back Weekend Coaching