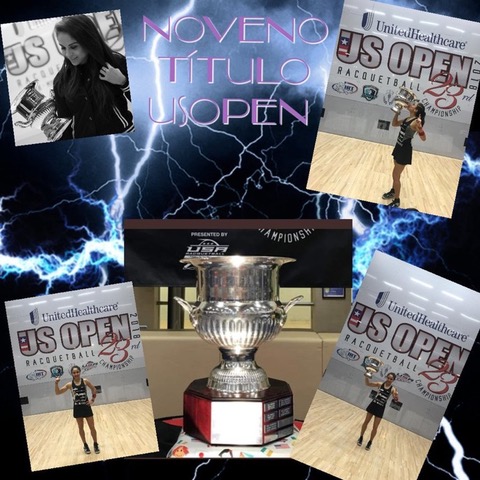 For her Pan American Games career, Longoria has now won a staggering NINE gold medals, making her the most decorated Pan Am Games athlete from Mexico in the history of the games.

Paola Longoria’s first tournament of the season was in her hometown at her name sake tournament, “The Paola Longoria Experience”. Paola cruised to the title in the Women’s Professional Singles Division without dropping a single game adding her 99th professional tour victory.

Paola also reached and won the finals of the Women’s Professional Doubles Division with her playing partner, Samantha Salas.

Paola Longoria headed to Virginia for the second tournament of the season. Paola made it through to the finals after beating Brenda Laime in the ¼ finals and Rhonda Rajsich in the semi-finals. Paola met up against Maria Jose Vargas in the finals and what an epic battle they had, but Paola fell just short in the tie-breaker. The true champion that Paola is she went right back on the court immediately after the singles match to play in the Women’s Doubles finals with Samantha Salas, in which they beat Maria Jose Vargas and Natalia Mendez in 2 games.

Paola Longoria will next play at the 2019 UnitedHealthcare US OPEN Racquetball Championships October 2-6 in Minneapolis, Minnesota. The US OPEN is racquetball’s premier event of the season and boasts the largest prize purse in the sport. Paola won the US OPEN 9X.